As I write our report for the week the weather and fishing has changed considerably. Early in the week the weather was great and fishing was good then we had a full day of much needed rain at mid week followed by cold weather that set in as families were enjoying their Thanksgiving feast. It’s our coldest weather of the season and no doubt well have fish on the move. 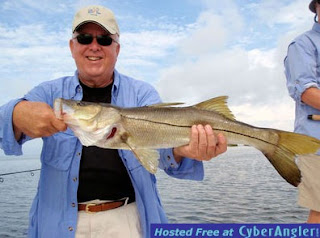 This snook measured just shy of thirty-two inches
Again this week before the cold, bait was thick on the flats at first light, three or four throws of the net after a little chumming and the live well was full. Our tides weren’t the best this week, (not real strong) but with patience we still caught some quality snook and redfish. Our largest snook measured just shy of thirty-two inches and we caught redfish from sixteen to over thirty inches. Again this week we did not catch a lot of redfish, but more than the previous week. All our snook and reds were caught on live shiners (pilchards), I wanted to try cut bait but between catfish and pinfish it was near impossible. The cold weather will push both off the flats and make cut bait a better option this week. 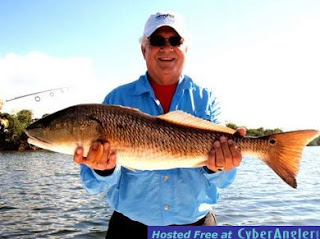 A couple days we mackerel fished in Charlotte Harbor and the action was incredible. They were schooled heavy in eight to ten feet of water and eating everything in the water. Double and triple hook-ups were the norm as waves of fish moved through; these were nice fish up to twenty-nine inches. We caught them on live shiners, silver or gold spoons and white buck tails. 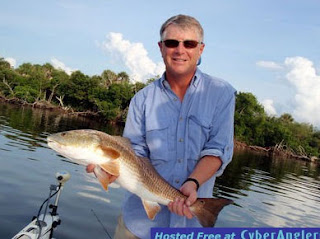 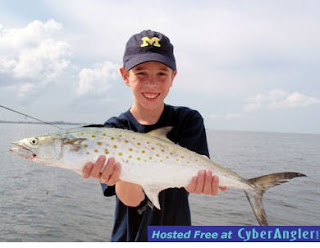 Overall, the fishing was good before the cold weather, now we have to see how it’s gonna be this week with the change. 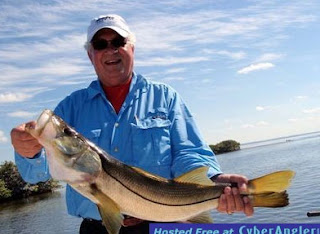 This over thirty inch snook chased down a live bait on the retrieve
For charter information contact us at (239)283-7960 or www.fishpineisland.com.
“Catch the Action” with Captain Bill Russell
Pine Island Fishing