The weather in southwest Florida has been nothing short of ever changing heading into the Holiday week. Again this week we had it all, early in the week the seas were calm enough to head offshore in a canoe and by the week’s end you would have had a difficult time maneuvering a sport fishermen in a canal due to the high winds. We went from weather that felt more like the fourth of July was the upcoming holiday, (it was warm), to some of our coldest temperatures of the season, plus we had a dose of rain sandwiched in between. I have to think the fish don’t know if they are coming or going. 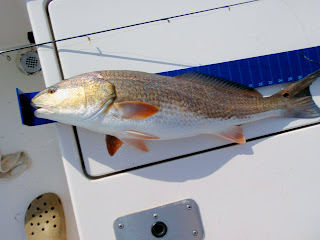 Baitfish remained thick both inshore and offshore before the dip in temperatures. Around the bait, we found Spanish mackerel, bluefish, ladyfish, trout and a few sharks. I ran across one pod of at least fifty little sharks all around two feet feeding on the surface just outside Burgess Bay on the west side of Bokeelia. I’m sure when the weather settles down many of the bait schools will have pushed further south.

We found a few redfish in Matlacha Pass on shoreline points where the incoming tide and southwest winds had them feeding prior to the advancing cold front. We landed several fish while drifting a pinfish under a bobber along the mangroves, allowing the wind and current to push it along the tree line.

Fished for grouper inshore on one of the calm days, tried both trolling and casting lures and fishing live bait, the only success was on live bait. Was a good bit of floating grass for trolling but I still expected more, at least a little guy. We did manage one decent fish measuring twenty-three inches in mid Pine Island Sound and caught several more just undersize in the northern Sound and southwest side of Charlotte Harbor. Both pinfish and shiners did the trick for live bait. Also had a half dozen cobia hanging around one of the grouper holes, they nosed the bait several times, but weren’t interested in eating. Don’t think any were large enough to keep but would have still been fun to fight. 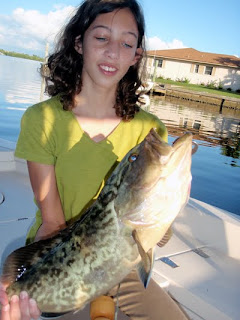 I would like to wish everyone a very Merry Christmas and remember the holiday is not about the gifts and money. It’s about spending time with family and friends, and what better way than a day on the water. Get out there, you will be glad you did! Merry Christmas

For charter information please contact us at (239)283-7960 or www.fishpineisland.com.