I wouldn’t say we had a great week of fishing but it was good and getting better each day. Our water temperatures are slowly rising and it’s getting easier to pattern fish again. The waters are coming to life with the warming as dolphin are everywhere again, birds are active and we come across pods of two to three dozen manatees foraging in Charlotte Harbor. 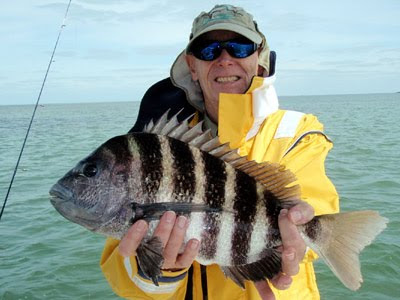 We fished Matlacha Pass both north and south of the bridge and the bite was better to the north, especially for trout. They were in the deeper cuts between Islands on the low water and mixed with ladyfish. We found a lot of small fish mixed in with about one in six of keeper size. Early in the day the best bet was keeping the bait near the bottom, either a live shrimp with a minimal amount of weight or a shrimp imitation soft plastic worked slowly was best. We averaged about a half dozen redfish each morning in the Pass, but all small between sixteen and eighteen inches.

In the afternoons we fished Pine Island Sound and found the trout to be much larger on average. We did not get any huge fish, but plenty in the eighteen inch class. We found the best bite off shorelines where the depth tapered from four to six feet near Cayo Costa Island and Cabbage Key. Just the opposite as the morning a shrimp under a popping cork easily out fished one on bottom. Chartreuse colored shad tail soft plastics on a quarter-ounce jig head also worked well. 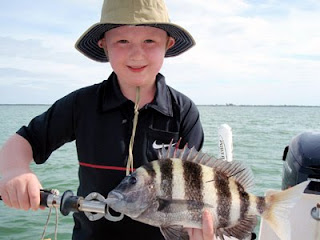 The sheepsheads we caught this week were either big or small, one cast you would get one eight inches followed by a two pounder. The largest we caught weighed five pounds. We were fishing submerged structure near Boca Grande Pass and also boated a few gag grouper up to twenty inches and several mangrove snapper, all on shrimp. 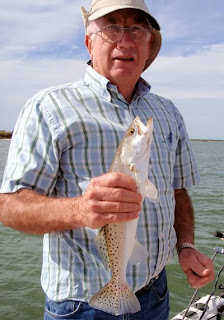 A cold front is pushing through this weekend with a warming trend at the first of the week. The waters should continue to gradually warm as the month progresses. Look for improved trout fishing with an increase in numbers and larger fish in the upcoming weeks.
“Catch the Action” with Captain Bill Russell
Pine Island Fishing