Were getting there, slowly, but we are getting into spring like fishing. We had a few cool mornings and several windy days however overall fishing is getting better and larger fish are moving in. 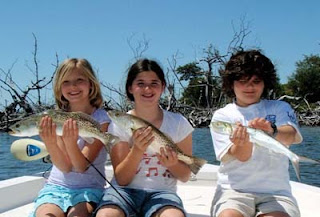 Most of the week we were on slow two a day tides, this generally results in a slower than average bite. Although the bite was a little slow the quality of the catch was much improved. 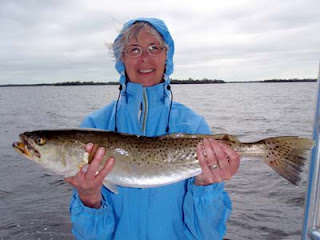 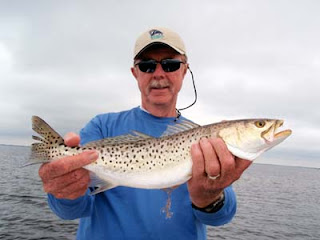 We did not catch the numbers of trout we expect for this time of year but the size was impressive. We actually had one day in north Matlacha Pass where we only caught five trout but they were all huge. The smallest measured twenty-two inches and the largest twenty-five inches, all were caught on live shiners in sand holes on the incoming tide, four came from one hole. On Saturday we were a kids boat for the Bobby Holloway Memorial Fishing Tournament (a great event with proceeds to help our island children) we finished up the day in a sand hole near the fish shacks in the Sound and caught a dozen or so fat trout that were all from eighteen to twenty-one inches, these were caught on the falling tide. There was also plenty of big trout over three pounds weighed in for the tournament. Look for trout fishing to get better each day with the warming waters.

Spanish mackerel continue to run through the Harbor and Sound and bluefish are beginning to get in the mix. There is an abundance of glass minnows they are feeding on, but live shrimp under bobbers, silver spoons, small shiny lures and live pilchards if you can get them are all working well. The mackerel we caught this week off of Bokeelia were a good bit larger than those caught last week. Look for a grassy bottom with sand patches in five to eight feet of water and watch for birds. We also caught our first snook of the year, not a lot, only three but they were sure fun and appreciated. The largest was twenty-nine inches and the smallest twenty-four. They quickly jumped on live shiners near oyster bars in Matlacha Pass. Remember snook season will remain closed until further notice, have fun catching them but release them quickly and safely to insure they return to the water healthy. 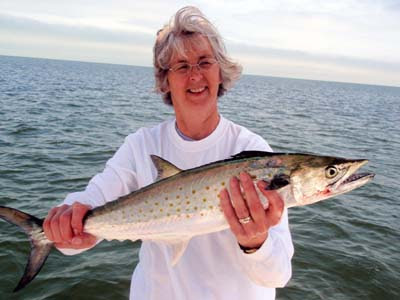 Sharks are showing up in good numbers, on one of the few sunny days with light wind I was really surprised how many I spotted cruising the channels between flats from Demere Key north to Bokeelia. They averaged from four to six feet and most were in scattered groups, if you spotted one you would generally sight another four to six within a hundred yards. We haven’t fished for any yet but it is getting about time. Also heard a few reports of small pods of tarpon showing up in the Sound, more good news. 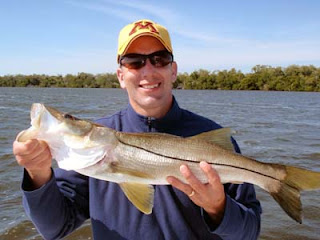 I can see a definite pattern with larger fish arriving each day. This will continue throughout the spring with each warming day. It’s about time to put the heavier rigs back on the boat!