Three good things happened this week, first we said good bye to one long winter and welcomed the arrival of spring (even though it’s still kinda cool). Second, Spanish mackerel showed up all around the southern side of Charlotte Harbor and third, the one that excites me the most, baitfish arrived. I have been hitting the water every other morning at daylight hoping for bait and Sunday morning it happened after a half dozen throws my live well was full of perfect shiners and several dozen pinfish, a beautiful sight. 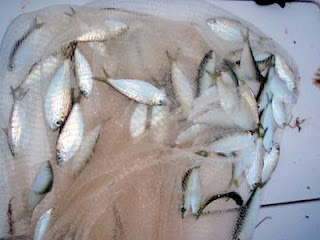 The arrival of mackerel is a good sign that our waters are warming and the spring migration up the coast is on. Early in the week we caught them on shrimp under a popping cork and white shad tails on a quarter ounce head and on Sunday we fished live shiners and silver spoons and found steady mackerel action. Pretty much every place we fished for trout in open water we found mackerel. Most were averaging eighteen to twenty inches. 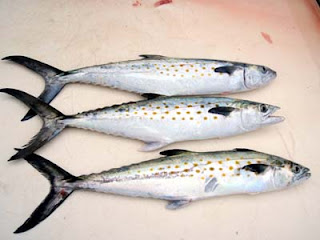 On the days the wind was blowing less than thirty knots trout fishing was decent. We never caught any large ones, the biggest of the week was slightly over twenty inches, but it was fairly easy to catch a limit of fish averaging fifteen to eighteen inches. Our best action came in the northern Sound over grass flats averaging five to seven feet and potholes, the best bite was on the incoming tide. 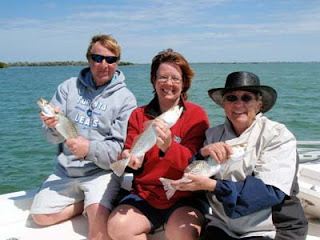 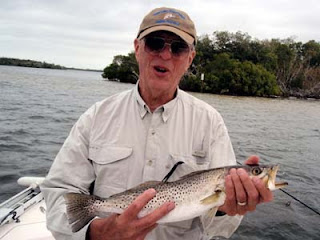 Sunday with a live well full of bait anticipation was high, but shortly after we hit the water so was the wind. We caught a few nice trout and about a dozen mackerel off of Bokeelia before it just got to rough to fish in open water. We headed back to Matlacha Pass to fish protected areas, we started south of the bridge and found absolutely nothing but muddy water and suspended grass from the wind howling right up the gut of the Pass.

We moved north of the bridge and set up on a shoreline and it wasn’t long before we had our first bite in a while. It took a small pinfish under a cork and after a great fight a hefty twenty-nine inch redfish was brought to the boat. With thunder in the distance we released the fish and rebaited knowing our time was running out. It wasn’t long before the same angler was hooked up again, another strong fight and a larger redfish that measured thirty-two inches was landed and released after a picture. The lightning and thunder was getting closer as the sky was darkening, we decided to head for home. A great decision as not five minutes after we hit the dock the skies let loose. I think after this winter I have become immune to fishing in the wind and even some rain, but the lightning is a whole different story. 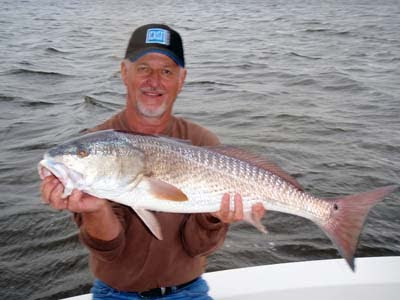 Another cool front has arrived but hopefully it is short lived. It really doesn’t feel like spring today but with the arrival of mackerel and bait fish I am actually looking forward to fishing each day.
Contact us at
Phone: 239-283-7960
E-mail: gcl2fish@live.com
Website: www.fishpineisland.com
“Catch the Action” with Captain Bill Russell
Pine Island Fishing