We split the week tarpon fishing between the beach off Sanibel to the south and in Charlotte Harbor to our north. Both areas held plenty of fish, some days the bite was great all day and other days we had to work for our fish, but overall it was a good week.

From Matlacha we are about centered between the two areas (Charlotte Harbor & Sanibel) so it’s generally a daily decision based on weather conditions and the previous days fishing on which direction to start each morning. Large Atlantic thread herrings have been very easy to come by just north of Matlacha allowing us to venture either direction with a live well full of frisky baits. 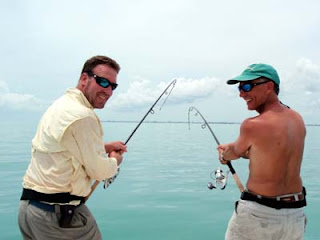 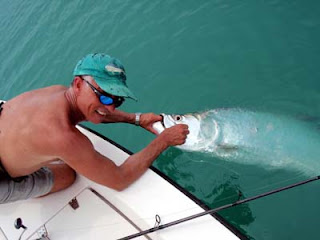 On most of the calmer mornings we headed a short distance into the Gulf off of the south end of Sanibel. There wasn’t as many boats out as usual all week as we actually had a couple days were just myself and another boat worked large tarpon schools for hours uninterrupted. I actually prefer when a few boats work a school together, that way someone is always with the school. It’s easy to lose the school while fighting a fish and relocating them can be difficult if you are alone. Our best day off Sanibel we hooked fish all day and finished the day with a double hook-up and I don’t know how but we got both fish boat side. One was about eighty pounds the other about one hundred twenty. Our largest tarpon of the week was around one hundred fifty pounds. A variety of sharks up to five feet and extra large Spanish mackerel were also around the tarpon pods in both the Harbor and off Sanibel. 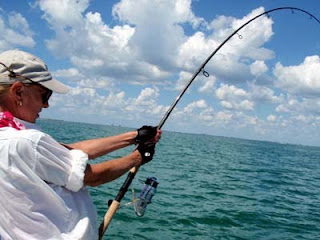 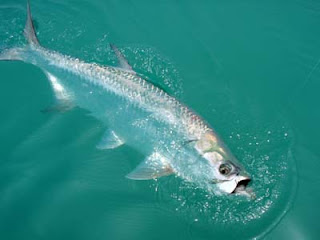 We had a few pilchards in the live well that we traded for some large thread herring with another guide one afternoon so after tarpon fishing we stopped by an oyster bar in Matlacha Pass on the way home to try for a redfish. We couldn’t buy a bite from a redfish but we did have fun with a half dozen snook to complete the day. After the snook we were hoping for a redfish and a trout from the same oyster bar to complete the grand slam but it didn’t happen before we went through our remaining baits. 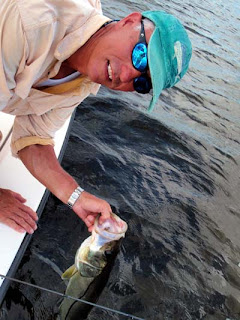 Good tarpon fishing should continue as fish are settling into their annual pattern with reinforcements arriving from the south daily. Look for a crab flush through the Passes this week with afternoon hill tides. If the crabs flow from the Harbor and Sound as expected there should be some great late afternoon tarpon action in any of the Passes.