This is the first week of spring were the weather has actually felt right, warm days with a light sea breeze. It was windy early on but settled down nicely as the week progressed. Large schools of thread herring are showing up all over Charlotte Harbor and Matlacha Pass, a sure sign that it’s tarpon time. Although we did not tarpon fish over the past week I have noticed good concentrations of fish early in the morning in the Harbor.

Fishing much of the week was dictated by the tides, we had a decent tide in the morning, followed by a poor mid day tide (no movement) then a decent tide again in the afternoon. Pretty much everything we caught was on the morning or afternoon tides, the mid-day was better left for sightseeing. 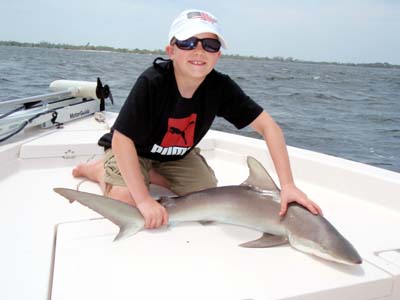 Spanish mackerel were running big and plentiful in the Harbor. You can tell there is plenty of food for them they are getting so fat they are taking on the look of a tuna. You would never know they are over eating though, they were attacking our baits like it was their last meal (and occasionally it was). Sharks running from three to four feet were also with the macks and we watched a boat a short distance from us hook and land a big cobia. 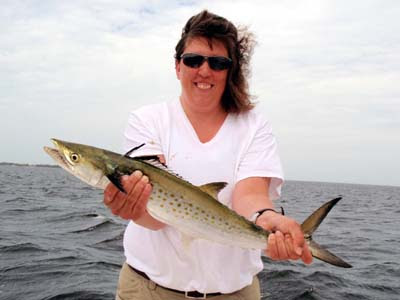 We caught trout up to eighteen inches off deeper grass flats near Bokeelia and found a few “gator” trout while snook fishing around oyster bars. One trip produced a twenty-four and twenty-five inch trout by the same angler on consecutive cast. 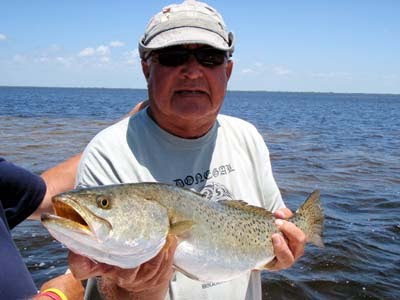 I am beginning to see a few more snook now that the water has warmed up, it was tough getting them eat mid-day but we caught a few in the late afternoon on the incoming tide. Our largest of the week was right around thirty-three inches and was caught and released in northern Matlacha Pass. 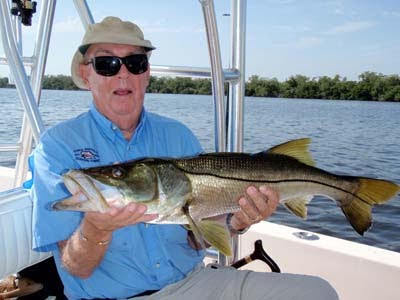 With good tides back on the menu and warm stable weather, the upcoming week should be a good one. There will be good high water for red fishing, snook fishing can only get better and tarpon should finally bust loose.