Fishing around Pine Island in southwest Florida was good for a variety of species from trout to tarpon over the past week. Bait of all kinds have been plentiful so we have been collecting a good mix this way we have the right bait for any opportunity that may arise. As usual live shiners (pilchards) were our primary bait but we also caught fish on a host of others. 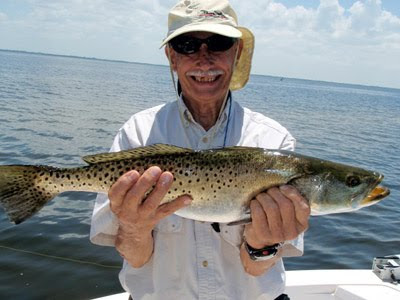 Charlotte Harbor continues to give great action on Spanish mackerel, trout and sharks. A little chumming with crippled up shiners and the fun begins. Sharks are really getting thick in the Harbor, every time we hooked a big chunk of fish under a balloon on a larger rig we were usually hooked up within five minutes. Most of the sharks are running from three to four and a half feet but we did hook a big blacktip of five feet or larger that made a couple spectacular jumps before popping the leader. 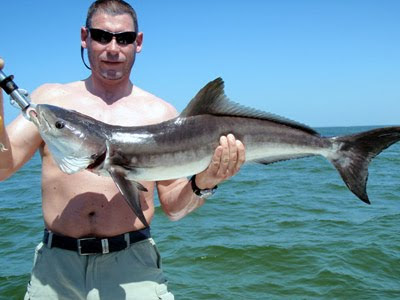 A cobia came in on the action on one of the days and curiously hung around the boat while we tried enticing it with several different bait options before we found the right choice. The cobia nailed a live six inch thread herring as soon as it hit the water after turning down a half dozen other bait options, that’s why we like having the bait variety this time of year. The fish weighed twenty-five pounds and made a good dinner for my group that was visiting from Denmark and camping at Cayo Costa State Park for a week. Fishing in the harbor was best over the incoming tide with a big drop-off on the falling. 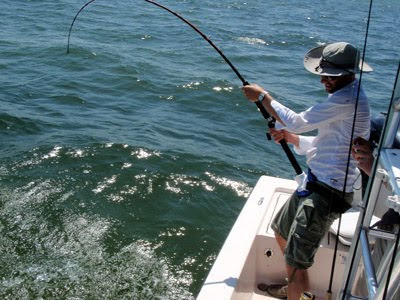 It’s been kind of windy over the past week making it difficult to locate tarpon. During these conditions I generally do better by anchoring in proven areas and fishing dead baits on bottom and a couple live baits free lined. We only tarpon fished one afternoon but got lucky and jumped three landing one. It was a larger fish estimated at one hundred forty to one hundred fifty pounds and all three picked up either a cut ladyfish or a whole dead shad on bottom. 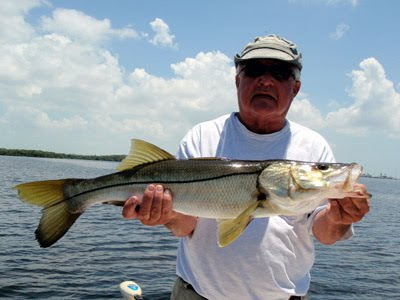 On the high water we caught a few really nice snook up to thirty three inches and trout to twenty-four plus jack crevalle around oyster bars in Matlacha Pass. One of my long time clients on his last day of fishing before heading north for the summer finished up the day with a thirty-two snook followed immediately by a thirty-three inch caught by his buddy, although we were trying to catch a redfish it was still a pretty good way to end their day and season in Florida. 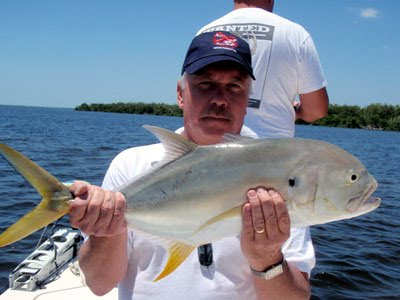 Tarpon fishing should really kick off once the wind lies down. The fish will tighten up and become concentrated and easier to locate. Look for them around the large bait schools in Charlotte Harbor and off the beaches. I have a full week of tarpon fishing scheduled and with a little luck we will have a good report.